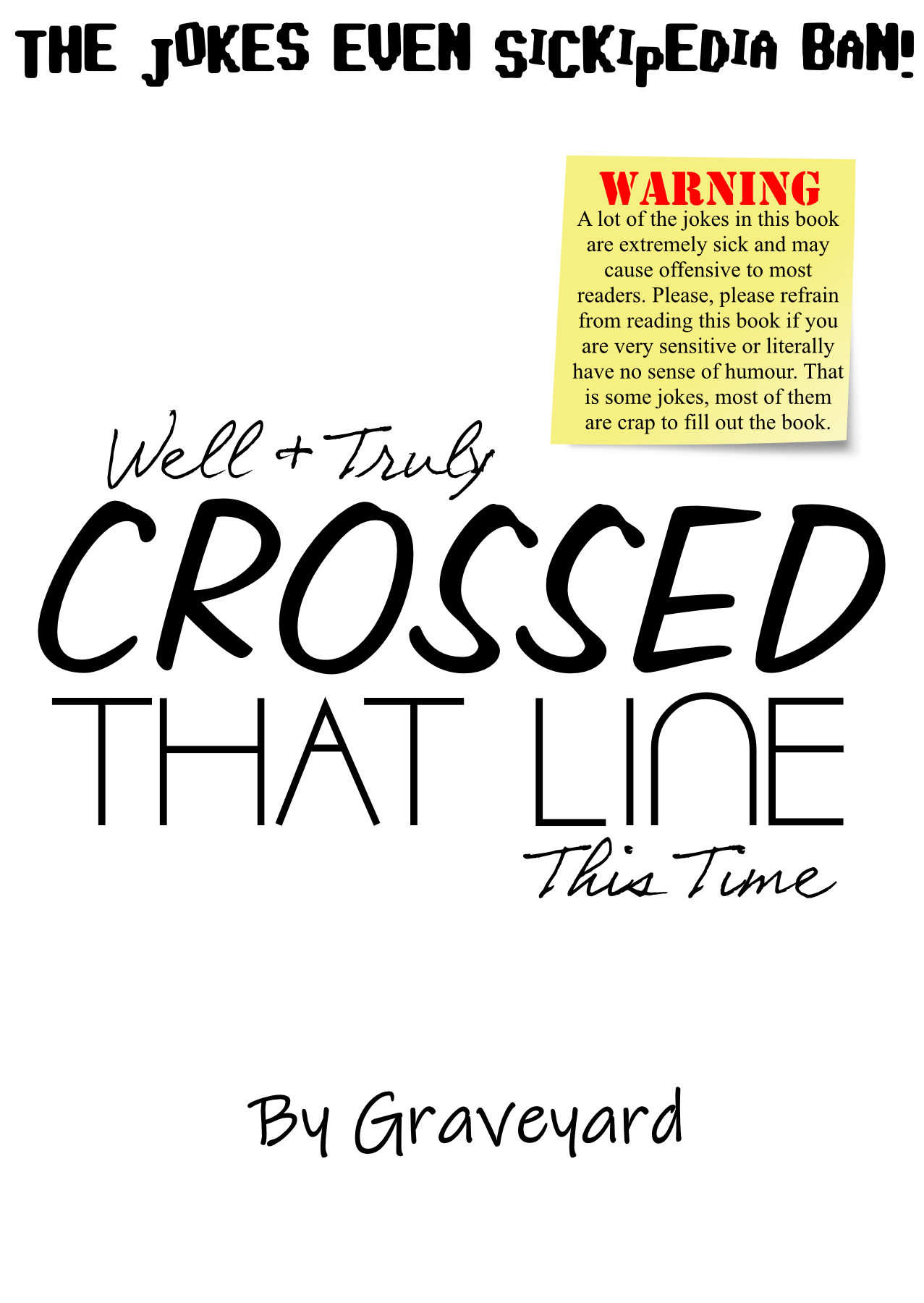 After 6 years, back in June I finally released my first joke book – a collection of what I thought were the sickest jokes around that I had thought of over the 6 years and would be hard to beat.

Well, I just over two months later I discovered that I had in-fact outdid myself and managed to think up more jokes (over 500 more) that are even worse! I am quite proud of that!

In six years I managed to think of 470 jokes, yet in two months I manage to go beyond even that! Now, that takes some doing! And what’s more, is that Crossed That Line is now available on Amazon! You can check it out with the link below, also why not check out Crossing That Line while you’re at it!

Click the link below to get Crossed That Line!