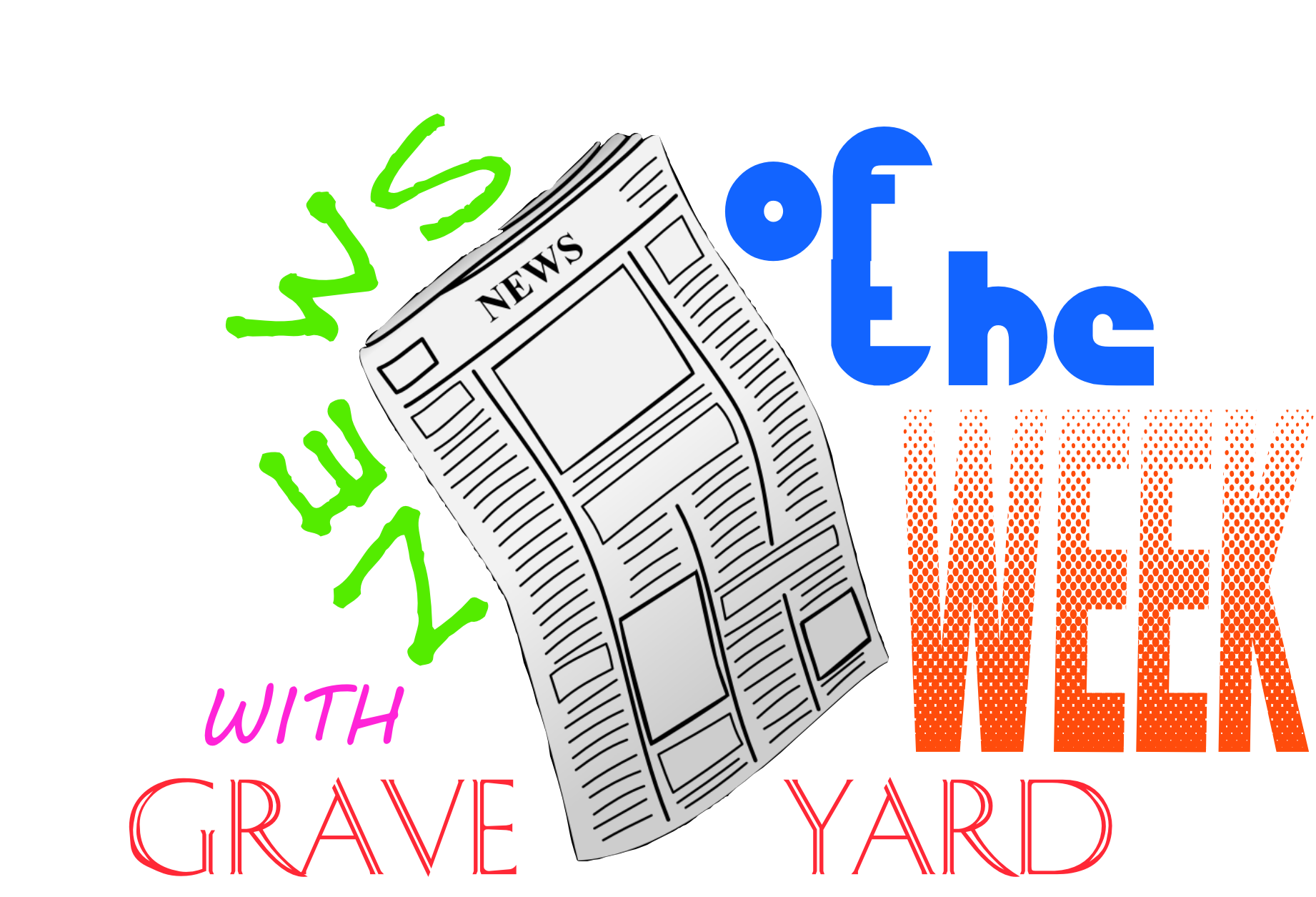 Today marks the first of a (hopefully) weekly series of my take on the news of the week. Rather than write a GraveTalk on the subjects or send out tweets (that I can’t send in 140 characters), I thought I might try writing about the best news stories of the week and what a week to start with! Think of this as my version of Have I Got News For You or Mock the Week!

Okay this is a serious global pandemic – but I do think people are overreacting; just like the ebola outbreak a few years ago. Yes, it is spreading fast but it is easily containable – basic hygiene (Wash your hands when going the toilet, touching dirty surfaces and so on), feeling ill? take some paracetamol (or Lemsip, etc…) and just covering mouth/nose when coughing/sneezing!

Another point, why name it after a beer? Everyone who’s ‘had a few’ Corona’s on a nightout has had ‘the Corona virus’ the next morning!

Let us all stop overreacting and just remember it (at time of writing) has only killed around 200 people – the Black Death killed millions during the Middle Ages (And again in the 17th Century) this was when medicine wasn’t as advanced as it is today (And in some places you could say medicine was better back then than today).

Yes, this virus outbreak is spreading but it won’t be the worst pandemic in history and it will soon be over much like Pig Flu, Bird Flu and cute, fluffy hamster flu (Make sure you don’t get that last one – pretty much game over!)

On a lighter note, with the coronavirus UK quarantine centre being in Wirral (And seen as how Liverpool got the Ebola cases years ago) I guess this proves that the Conservatives and, certainly, Boris Johnson hates Merseyside!

Also, if people are wondering how can Liverpool possibly lose the league now – it could be down to the virus! Obviously, the LFC team won’t get infected but it would be quite funny if it did – Liverpool destined to finally win the league after 30 years only to not win it (again) because of a virus!

Can we please cut David Walliams some ‘Flack’ (Like the pun) – He called her a hedgehog, so what – What was wrong with that?

He didn’t call her a big, non-talent whore bag did her! I mean she’s been arrested for assault and not doing any TV work (Which is a plus isn’t it?). If a man got arrested for assault it wouldn’t be an issue but because a (I use this term very loosely – a celebrity) woman assaulted someone, it’s not right to make fun of her because he has some personal problems?

You can’t go around assaulting people no matter who you are! People need to stop being a bunch of sensitive bitches and to stop taking offensive at every little thing! David Walliams didn’t say anything wrong, but I certainly wouldn’t call it a joke!

What is a joke is the US Senate! I didn’t think a country could have a worse, embarrassing government than the UK but we’ve found one!

Those opposing him have given clear, solid evidence against him – including Trump himself and yet these Republicans are just refusing to pay attention messing around with those bloody fidget things (And being paid for it too).

Trump has gotten away with this, but maybe he could release the evidence used against (as a way of showing the public how people are against him) and let the public decide his fate at the next election! If the evidence certainly does find him guilty of abuse of power then it will be interesting to see how the pro-republicans vote!

Either way I am very surprised he has lasting this long – I only gave him 6 months tops until someone shot the bastard!

The poor souls. This one is hilarious! They have said they need a break so they’re going to stay off social media for… drum roll, please… a whopping 24 hours! I mean what is the bloody point. A week fair enough, but for a day – what a pointless bloody article! (I did find this in The Sun, so what do you expect!).

BORIS AND THE CHINESE

Now this is actually interesting. Out of all the PM’s who’d have thought that it would be Boris Johnson to go against a US President (Excluding Obama, who had respect for the UK and treated the UK like an actual ally!). You had Blair sucking off… I mean up to Bush and since Boris and Trump are like bezzie mates you’d think Boris would do the same – but no!

Trump and the US don’t want the UK to allow Huawei to be involved with the UK’s 5G network – I think I’d rather have the Chinese’s input than the US’s! Johnson has allowed Huawei going against Trump and I think that’s a great moment in the UK/US alliance and about bloody time too!

I doubt this will Johnson will dare defy Trump again but this gives us a little bit of hope – maybe the NHS is safe from US clutches after all! Where we wrong about Boris or is just all pretend and Boris will allow the US (Trump) to bend Britain over and rape us up the arse? Time will tell!

Is Ozzy Osbourne trying to keep the match ball or something. He’s already cancelled his No More Tours 2 tour twice and this week he’s come out and said he has parkinson’s and won’t be around much longer. Why doesn’t he just say he doesn’t want to do anymore tours instead of announcing dates and then cancelling!

But in all seriousness, I wish him well and hope he does have a lot more years ahead of him. However, like his song says ‘I Don’t Wanna Stop’ and it looks like he will… and sooner rather than later! (Joke)

Well that’s it for the first week. I’m going to try and make this a weekly thing. I won’t be including every news story but I’ll do my best to include at least 6-7 and I’ll also make sure there’s a few funny news articles involved too!

Let me know what you think of this new post and if you’d actually want more of them in the comments below.